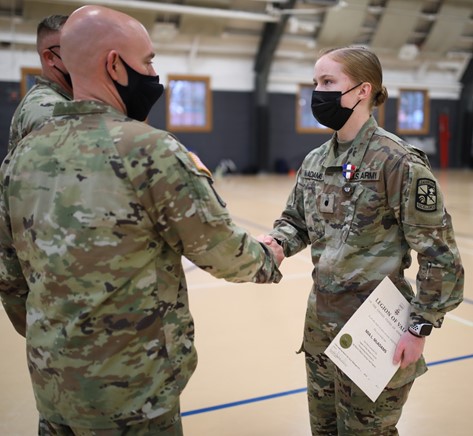 CORVALLIS, Oregon — Of the approximate 20 thousand ROTC cadets nationwide, only 70 cadets across all ROTC branches are awarded the medal each year. Cadet McAdams was nominated for the award after demonstrating exceptional leadership, stellar academic performance, top physical fitness, and selfless volunteerism throughout her career at Oregon State University.

Originally from Santa Rosa Beach, Fla., Cadet McAdams is a senior majoring in Outdoor Recreation Management. She has achieved a GPA of 3.89 and has maintained a 4.0 GPA in her military science courses. During her time at OSU, she has qualified for the Ranger Challenge Team three times, which is a physically rigorous and highly competitive Army ROTC Varsity Sports Team. Additionally, she participated in the Intramural Soccer team and Color Guard team where she demonstrated commitment to her teammates and program.

Cadet McAdams has held significant student leadership roles within the Beaver Battalion to include Cadet Sergeant Major and Operations Sergeant Major. Currently, she serves as Alpha Company Commander where she leads, mentors, and facilitates weekly training meetings to further develop the skills of her peers. In the Spring term, Cadet McAdams will serve as the Cadet Battalion Commander which is the highest leadership position a cadet can earn by the unanimous nominations of all cadre members. Along with her extensive leadership roles within Beaver Battalion, she has won both Cadet of the Quarter and Cadet of the Year performance boards.

Cadet McAdams received her first branch preference, Field Artillery, during the Battalion’s ‘Branch Night’ ceremony on December 1st. “I feel so relieved that I received exactly what I wanted. I know I put in a lot of hard work over the past three and a half years, but you never know where the needs of the Army will take you. Now that it’s official, I feel so much excitement,” said Cadet McAdams. When asked why she pursued a career in Field Artillery, she said, “I was drawn to the branch because I’m an outdoorsy person and I love being in a field environment. Field Artillery offers many opportunities to experience the field while also fostering teamwork and closeness with my peers, which is what I love most.” She is excited to start her Army career once she commissions this upcoming June. 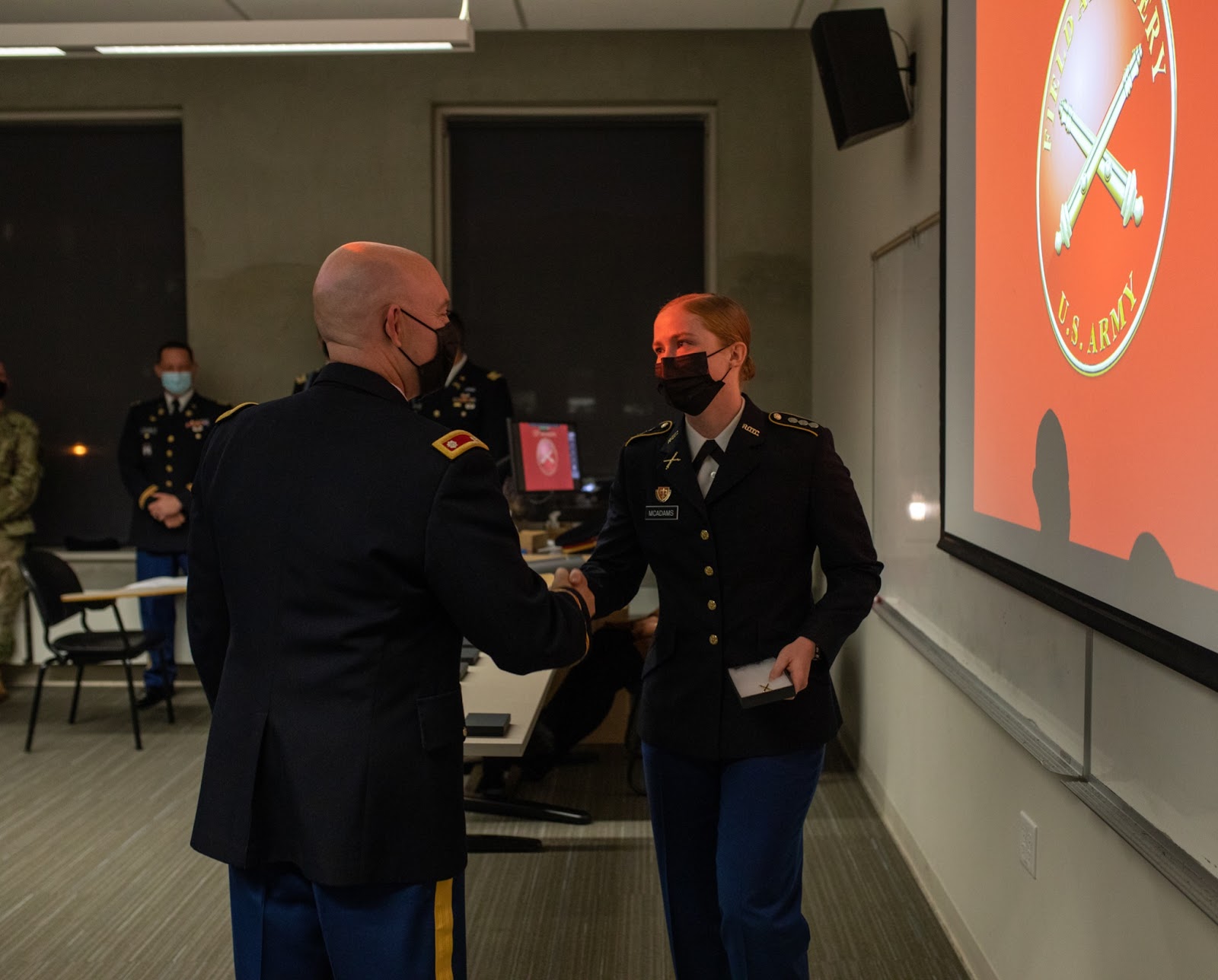 The process to award a cadet with the Legion of Valor Bronze Cross starts with cadre members nominating a single cadet within the program who fits the strict criteria for the award. That nomination must be reviewed and endorsed by the cadet’s Dean of their college of study. Lt. Col. David McRae, the Professor of Military Science, remarks on this impressive achievement, “To our knowledge, Cadet McAdams is the only cadet to have ever been awarded the Legion of Valor within the history of this program.” When asked what this award means to her, Cadet McAdams gave much of the credit to her cadre. “More than anything, I think this shows that the cadre and program really care about setting us up for success. I couldn’t have done it without them. It’s also a wonderful feeling knowing that all of the hard work hasn’t gone unnoticed and has finally paid off.”