Before sunrise on Sunday, April 18, students from the Oregon State University Army Reserve Officer Training Corps (ROTC) program packed their rucksacks, military backpacks, with pounds of food donations as they virtually participated in the Bataan Memorial Death March at the McKenzie River Trail.


The annual Bataan Memorial Death March is normally hosted at the White Sands Missile Range in New Mexico; however, due to COVID-19, participants were invited to complete the ruck march virtually from April 9-18. The March is to commemorate the tens-of-thousands of American and Filipino Soldiers who were forced to march over 65 miles through the scorching heat by the Japanese during World War II. The U.S. and Filipino prisoners of war were tortured, deprived of food and water, and forced to march for days through the Philippines toward confinement camps.


The commemorative event was open to anyone who would like to honor those fallen Soldiers with four divisions to choose from: military heavy, military light, civilian heavy and civilian light. The heavy weight divisions require participants to carry at least 35 pounds throughout the 26.2 mile marathon while the light weight divisions allow participants the option to determine their own weights.


“Honoring service members who defended the Philippines Islands during World War II and sacrificed their freedom, health and their lives is a privilege,” said Army Major Joseph Snyder, Assistant Professor of Military Science at OSU. “It was vitally important that the Bataan Memorial Death March continue, even if virtual, to demonstrate the resolve of our Cadets to always persevere and fight on.”


Shortly before 6:30 a.m. on Sunday, 18 cadets arrived at the McKenzie River trailhead to perform temperature checks and prepare their gear for the marathon. Wearing face masks and maintaining social distancing, they began their marathon march along the challenging route which required them to navigate through various terrains including dried lava beds, fast flowing creeks, several log bridges, and endlessly winding trails. The trails offered views of Bigelow Hot Springs and Tamolich Blue Pool. Each cadet individually chose which category to participate in, but everyone carried non-perishable food items to be donated to the Oregon State University Food Pantry upon completion of the ruck march.


“The rice was really heavy,” said Army Cadet Adam Figgins after completing the ruck march. “But I think it's kind of cool that it was on the trail with me all day, and now it can go to someone who needs it.”


It is estimated that over 355 pounds of food was collected to be donated to the Oregon State University Food Pantry later that week. Seven other cadets completed the ruck march in Hawaii, South Korea, and Corvallis, Ore., where they will donate their food items to their respective local food banks.


“It is important for us to give back to the community that supports all of us,” said Army Cadet Valerie Ranum. “Volunteering also provides a way for each of our cadets to get involved in the community.”


While most other college students enjoy their weekends off from school and work obligations, the Army ROTC Cadets are encouraged to utilize weekends to volunteer and participate in extra curricular activities to further bolster their leadership skills and connect with the community. “Being an Army ROTC Cadet is quite challenging,” says Army Lieutenant Colonel David McRae, Professor of Military Science. “[The Cadets] are expected to maintain a high GPA while also meeting ROTC commitments, which are roughly equivalent to a full time job. Very few college students choose to get up to work out at 6 a.m., and the time it takes to be a peer leader is incredible.”


According to the event website, the next Bataan Memorial Death March will occur in its original location at the White Sands Missile Range is New Mexico in 2022. The Oregon Army ROTC program intends to continue the tradition of participating in the March in-person next year. “It's been two years since we were there in person, and it is time to get back,” says Lt. Col. McRae. “The survivors of the original Bataan Death March are dying, and will only be with us for a few more iterations. Any interested Cadet can attend. It is donation and self-funded, and a Cadet just needs to put in the training, and find the motivation to sacrifice a little of themselves to remember those who came before us.”


The Oregon State University Food Pantry distributes food every Wednesday from 10-3 p.m. For more information on eligibility to receive food or what items to donate, please visit https://studentlife.oregonstate.edu/hsrc/food-security/hsrc-grocery-support or call (541) 737-3747. The Food Pantry is located at Champinefu Lodge, Corvallis, Oregon. For questions about the OSU Army ROTC program, call (541) 737-3511 to speak with a member of faculty or cadre. 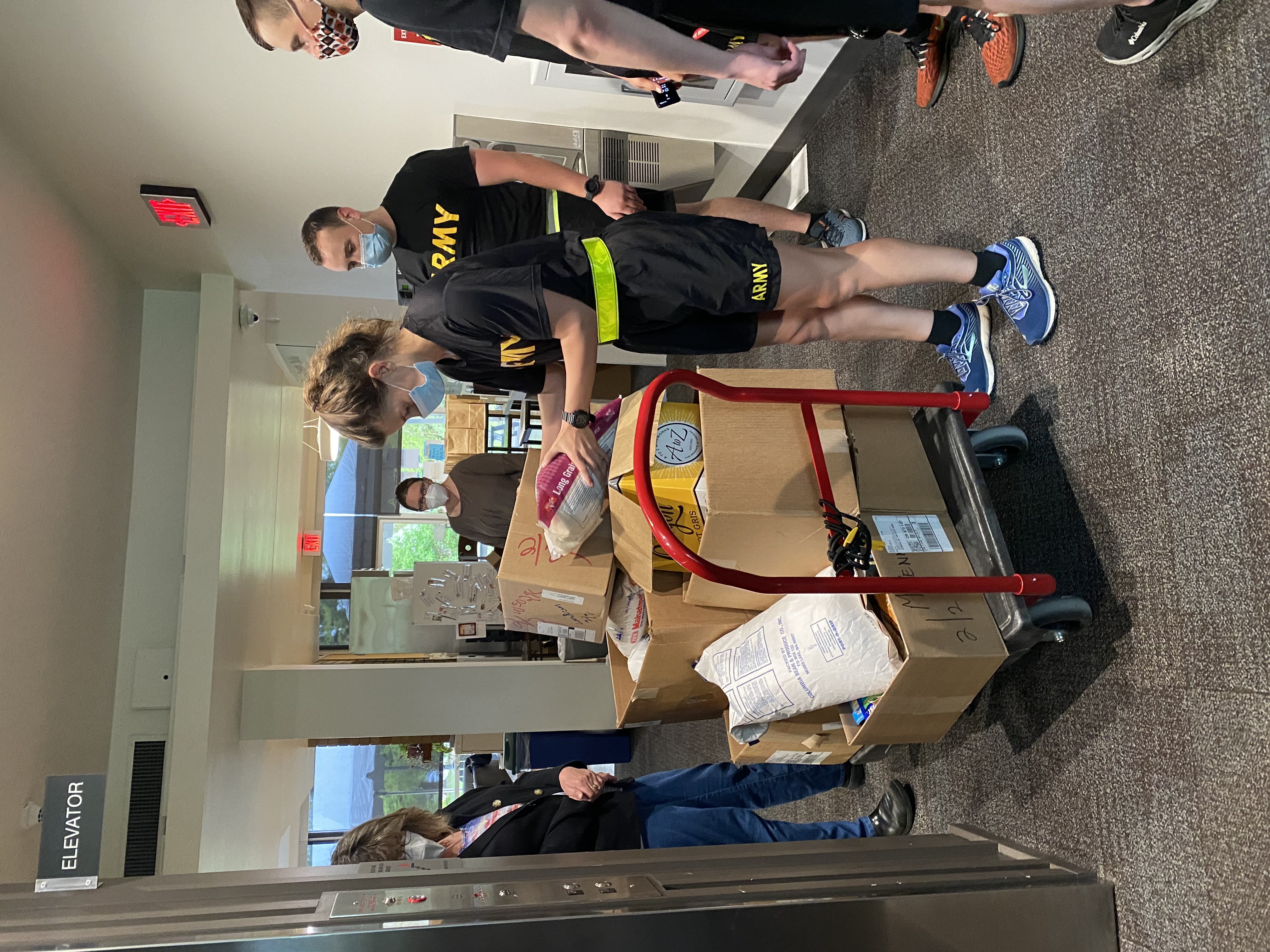 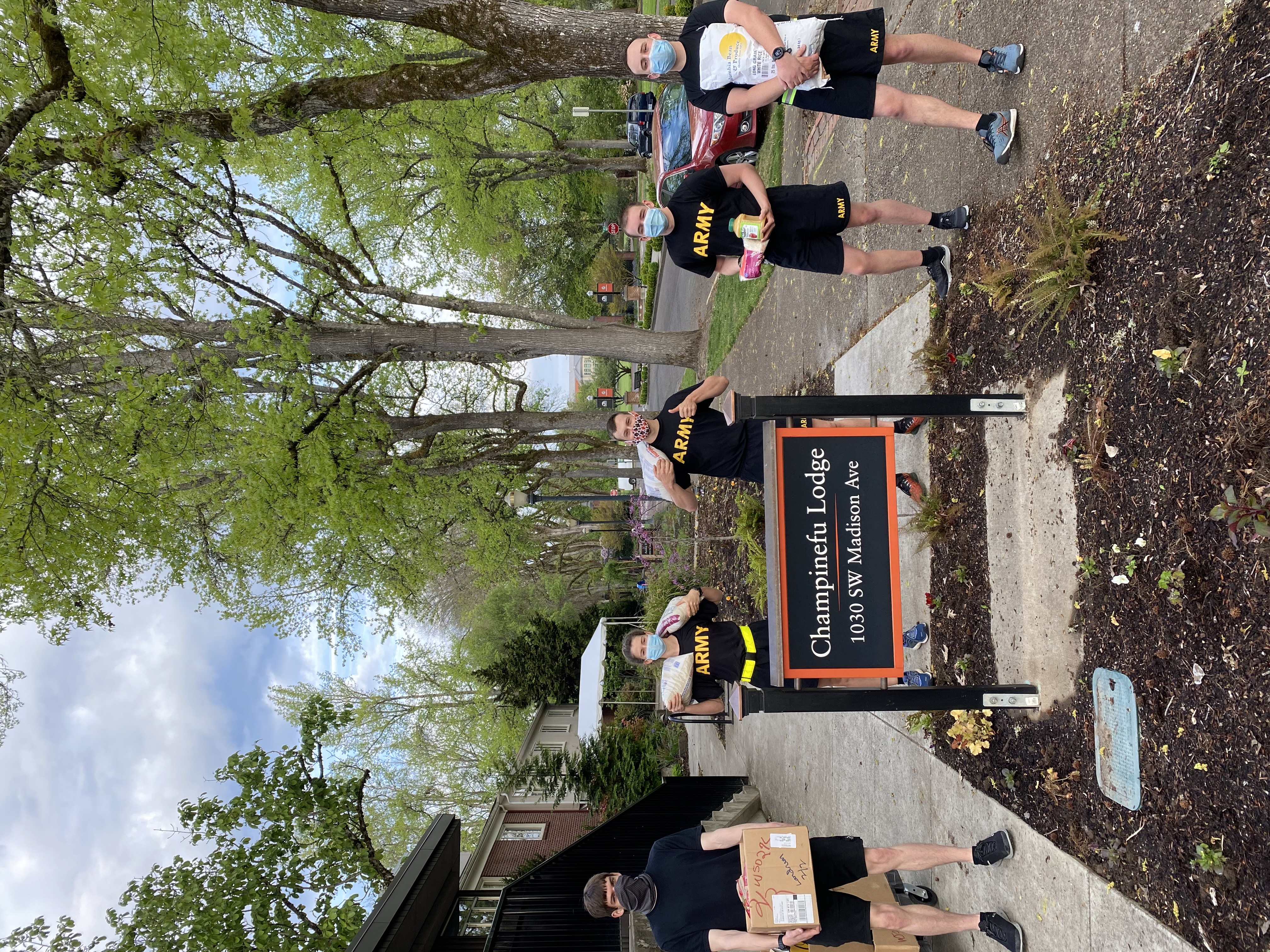 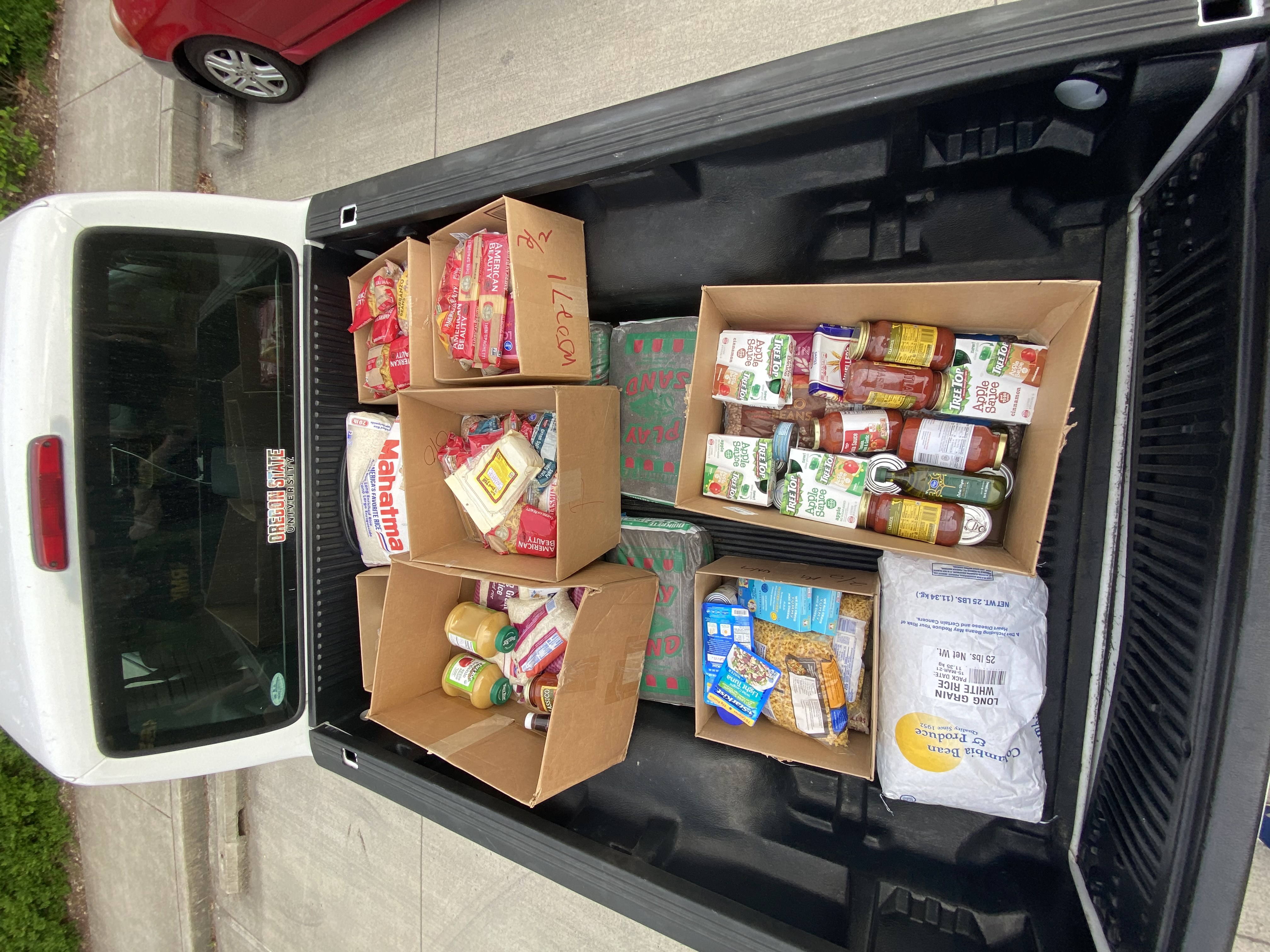