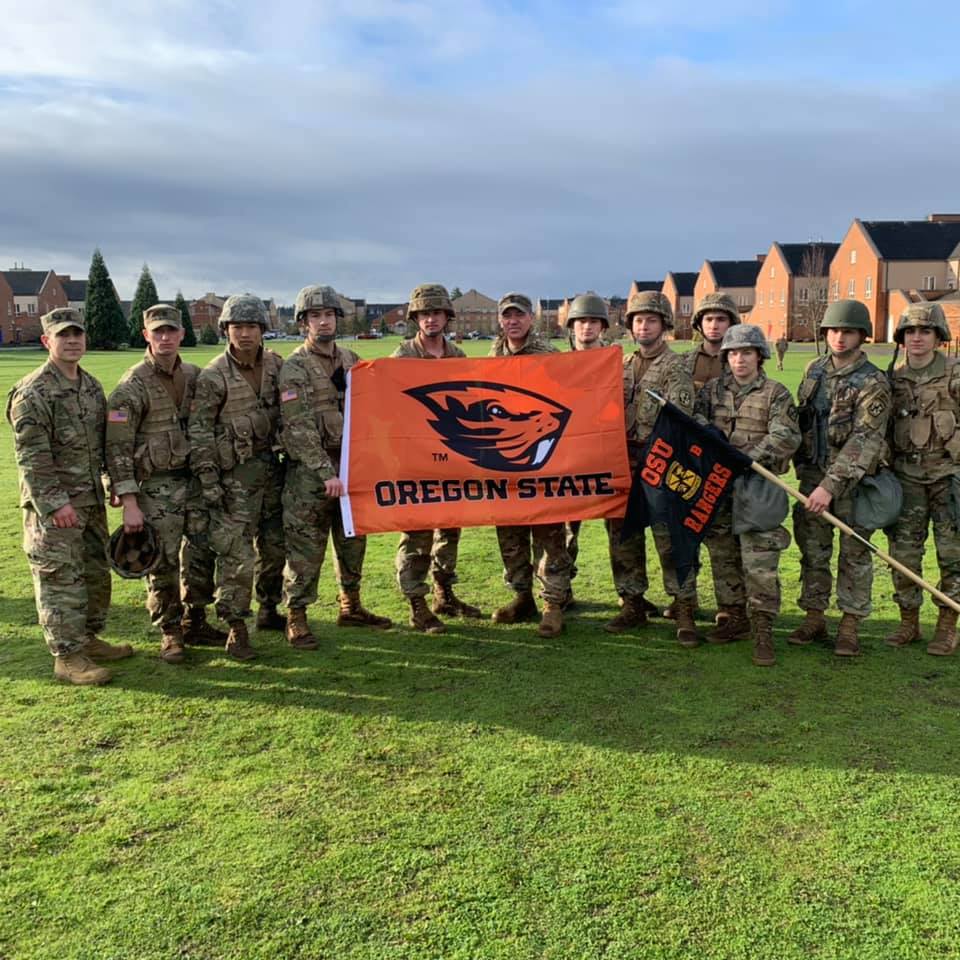 After two days of intense competition, including events consisting of an unknown distance Zodiac movement, M9 and M320 marksmanship, M4 qualification, Tactical Combat Casualty Care, and the Viking Swim Test across 18 miles. Day two started off with a 6-mile forced march to Solo Point, followed by Call for Fire, and finished strong with the Commander’s challenge. Showing their true colors as Beavers, the rain and wind urged them on to win the Commander’s Challenge, a physical fitness event in full combat kit and protective gas masks.  Awarded for winning this event, the team brought home the streamer this year and is proudly displayed on their guidon.

This team of strong-willed cadets took second overall for the weekend, securing their spot as one of the best amongst thirty-two other universities in the 8th Brigade. The Beaver Battalion is proud of these incredible cadets for their tremendous effort during this competition.