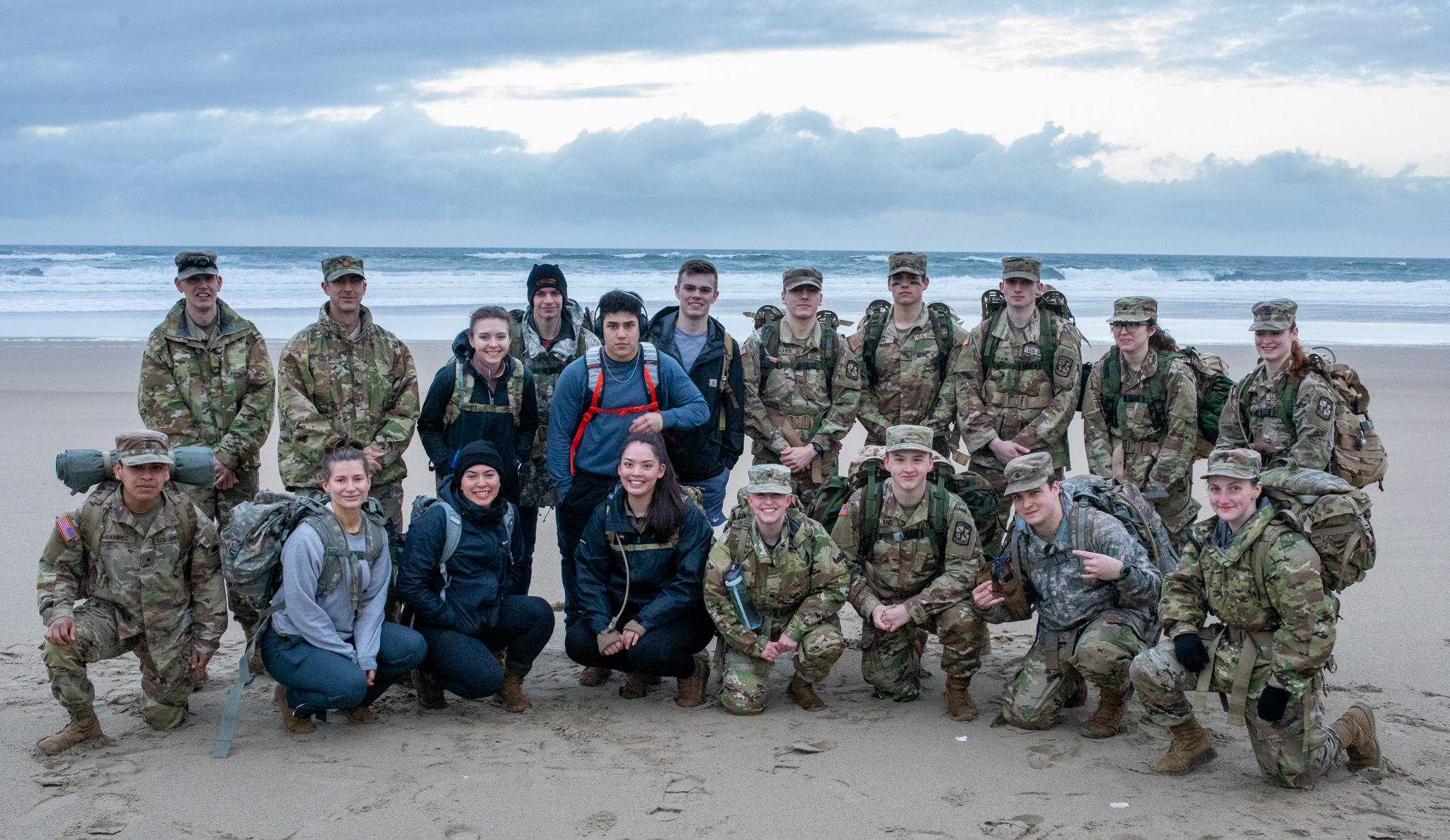 CORVALLIS, Oregon – Many college students look forward to spending their Spring Break somewhere tropical, on the beach, with a piña colada in hand; however, for 18 Oregon State University Army Reserve Officers’ Training Corps (ROTC) students, their start to the break was anything but a relaxing day at the beach.

On March 19, students departed Corvallis at 4:30 a.m. and made their way to Horsefall Campground in Coos Bay, Oregon to commence the virtual 2022 Bataan Memorial Death March marathon. As the cadets arrived at their start location, the sun was barely rising, the cold wind bit the skin, and the drizzling rain caused reluctance to leave the comfort and warmth of each person’s vehicle. Ultimately, bravery won and the cadets commenced the 26.2 mile trek through deep sand and hot pavement. The annual March is to commemorate the tens of thousands of American and Filipino Soldiers who were forced to march over 65 miles through the scorching heat by the Japanese during World War II. The U.S. and Filipino prisoners of war (POWs) were tortured, deprived of food and water, and forced to march for days through the Philippines toward confinement camps. 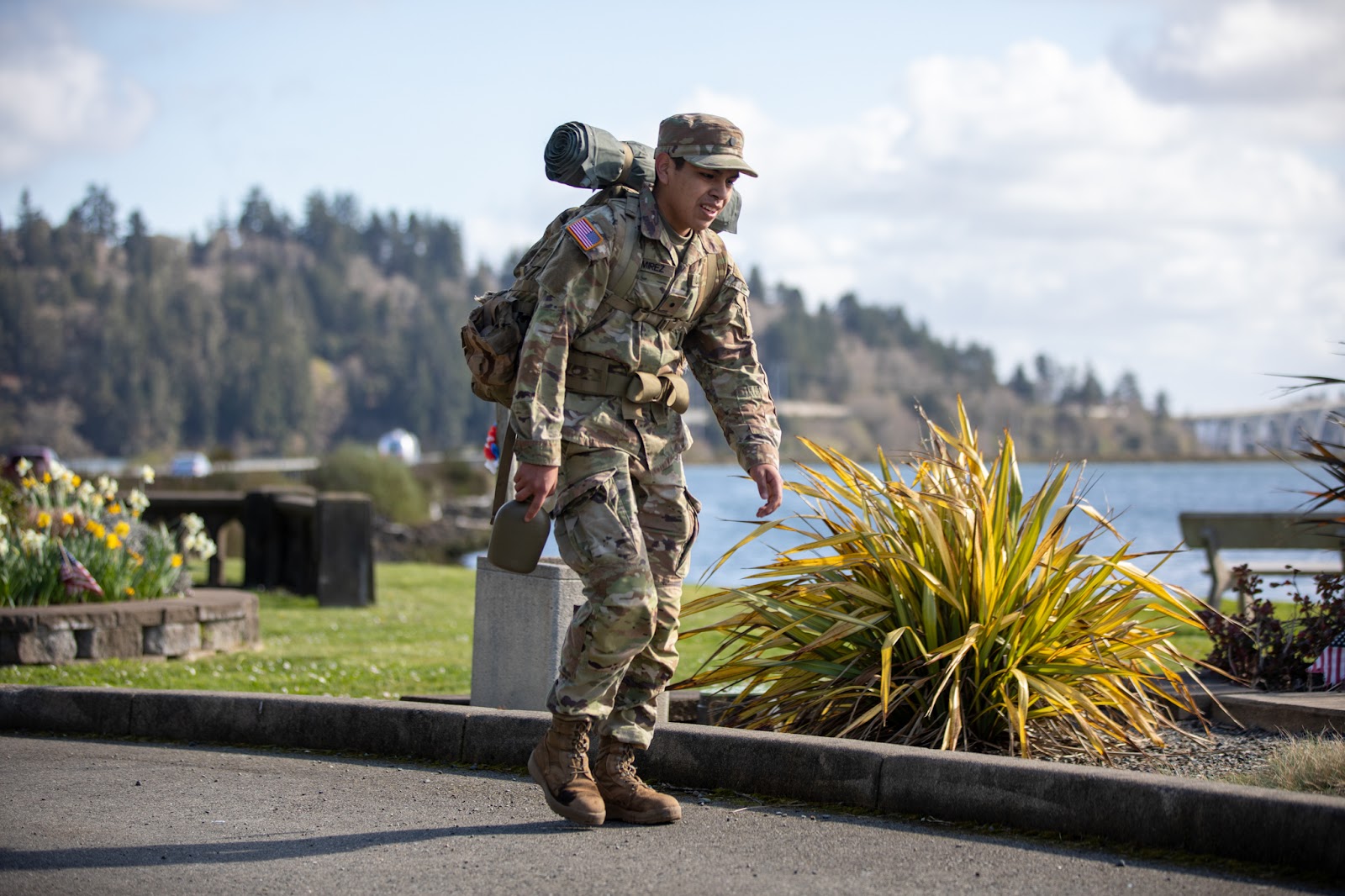 Speaking on the importance of the OSU Army ROTC’s regular participation in Bataan, Lt. Col. Joseph Snyder, the Assistant Professor of Military Science, emphasizes how this occasion is as much about teamwork as it is about personal courage.

“The Bataan Memorial Death March is an event that brings cadets, service members, and regular people together. The combined struggle is where the significance of the event exists. The POWs who survived did so together. It is important in the remembrance of them to forge bonds together. Our cadets will accomplish more as a team than they ever will as an individual.”

The commemorative event was open to anyone who would like to honor those fallen Soldiers with four categories to choose from: military-heavy, military-light, civilian-heavy, and civilian-light. The heavy-weight divisions require participants to carry at least 35 pounds throughout the marathon, while the lightweight divisions offer participants the option to determine their own weight. Several of the cadets opted to participate in the military-heavy category which required them to complete the March in their service uniform and carry at least 35 pounds. Every participant this year opted to weigh down their rucksacks with non-perishable food items with a combined weight of 205 pounds that was donated to the OSU Human Services Resource Center (HSRC) on campus. 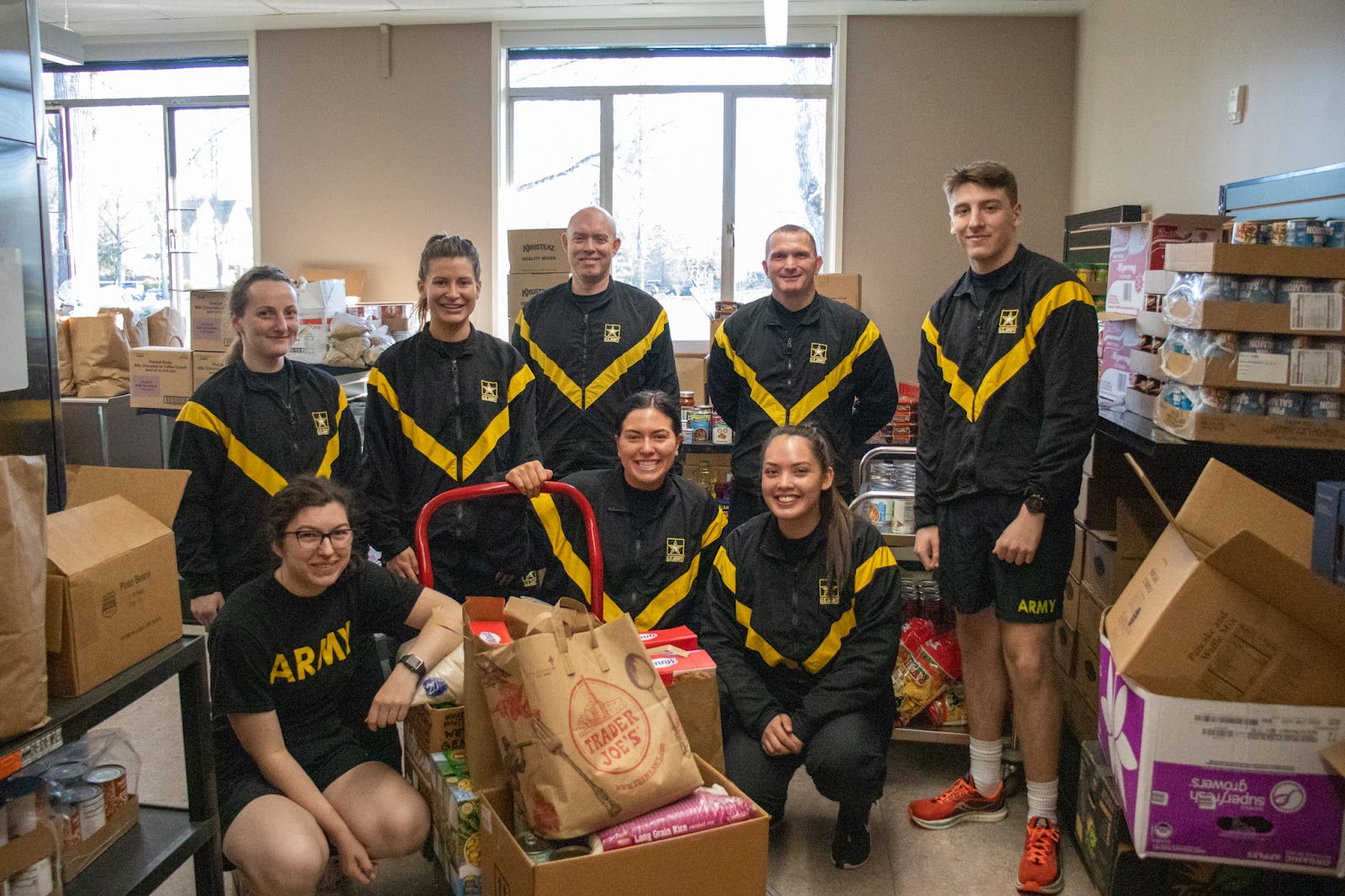 This year was Cadet Baylor York’s first time participating in the march, opting to compete in the challenging military-heavy weight category and personally carrying over 55 pounds in his rucksack. Even though he faced significant physical ailments, he pushed through to honor those who came before him.

“The most challenging aspect was walking with bad blisters on both of my heels. Even though I wanted to switch to my shoes, I kept my boots on the whole way because the march is supposed to be a struggle. I was motivated to do this because I knew the pain I experienced was much less than the pain the prisoners of war faced.”

Even though participants know to expect a long day of grueling physical and mental challenges, it doesn’t stop marchers from returning year after year. For Cadet Kameron Ransom, this was her third year to complete the March, having attended the in-person event in 2020.

“My first time going to Bataan in New Mexico really showed me the importance of remembering those that have come before us. Without the Bataan Memorial Death March to bring awareness to this tragic event in history, the lives lost would be more easily forgotten. It’s also extremely humbling. The March is only 26.2 miles and not nearly the hell that POWs actually went through.”

For the second year in a row, the in-person Bataan Memorial Death March, normally hosted at the White Sands Missile Range in New Mexico, was canceled due to COVID-19 concerns. In an attempt to mimic the difficulty of the sandy and demanding course in New Mexico, participants opted to complete their 2022 virtual course on the cold Pacific Northwest Coast through deep sand. Oregon State University’s Professor of Military Science, Lt. Col. David McRae, reflects on the cadet’s decision to honorably commemorate the WWII POWs:

“The Bataan Memorial Death March is another opportunity for the Cadets to push themselves, and support a piece of our history. There are only a few survivors of the Bataan Death March and the fact that college students are willing to march in the cold, wet sand in their memory is amazing,” LTC McRae said. “The sense of accomplishment that they get from this will serve them well as a leader in the future. They know that they can push themselves and do extraordinary things, because they have already done extraordinary things." 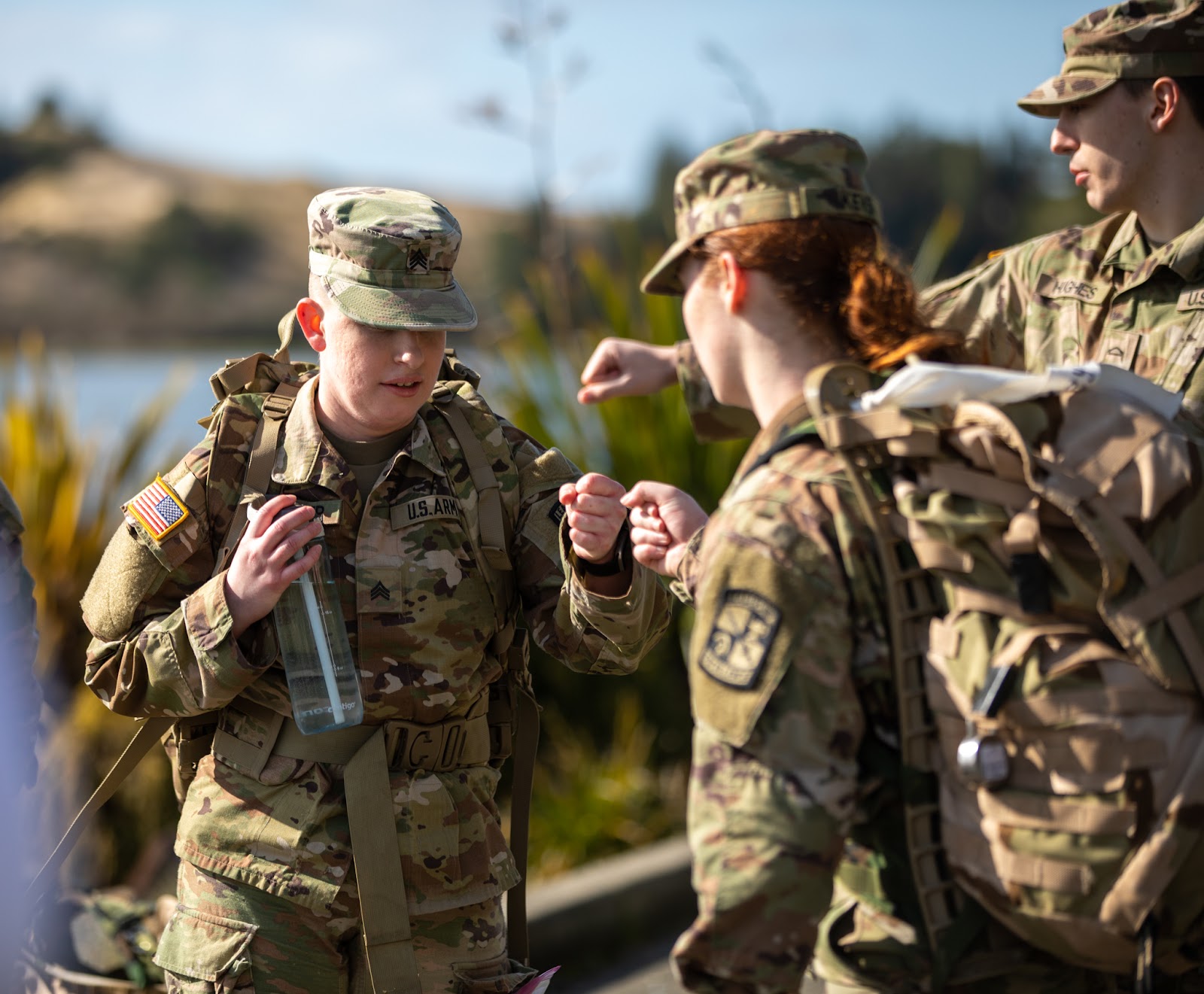 The OSU HSRC distributes food every Wednesday from 10-3 p.m. For more information on eligibility to receive food or what items to donate, please visit https://studentlife.oregonstaet.edu/bnc/food-security or call (541) 737-3747. The HSRC is located at Campinefu Lodge, Corvallis, Oregon. Any OSU student interested in attending next year’s event is invited to join. Funds to participate are raised through fundraising and donations. For questions about the OSU Army ROTC program, call (541) 737-3511 or email [email protected] to speak with a member of faculty or cadre.